Police express concern over decision to prosecute officers for torture 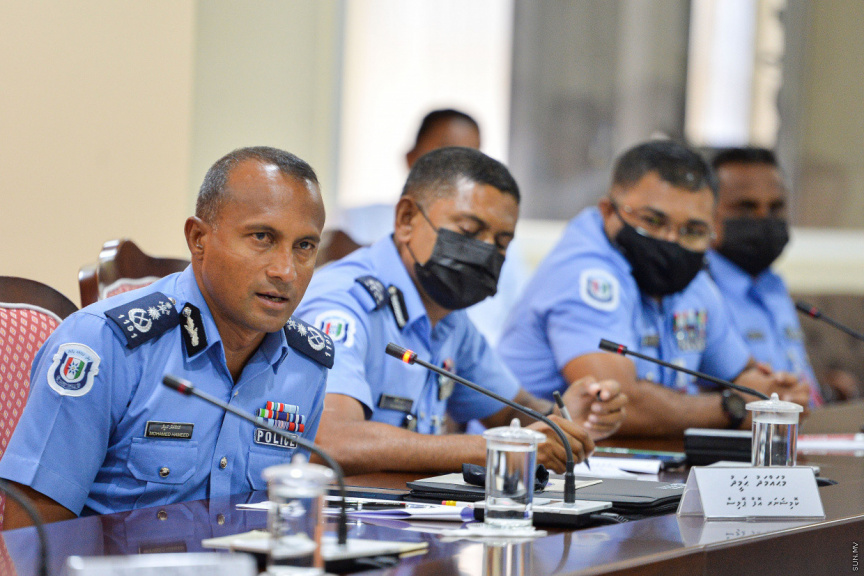 Maldives Police Service issued a statement on Thursday expressing concern over the decision to press charges against 13 police officers accused of torturing a group of children from Kudakudhinge Hiyaa – a shelter located in suburban Vilimale’ - who attended a camp held in K. Thulusdhoo in 2017.

The officers – accused of handcuffing the children to control them on the ferry on the way to Thulusdhoo, and subjecting them to verbal and physical abuse - were charged with cruel, degrading or inhumane treatment under the Anti-Torture Act following an investigation by the Human Rights Commission of Maldives (HRCM).

The charge carries a penalty of 1-3 years in prison.

In a statement on Thursday, police said HRCM shared information regarding the case on October 5, and the Prosecutor General’s Office informed the police of the decision to press charges against 13 officers involved in the incident on November 10.

Police said they have also requested HRCM to share its investigative findings with the agency.

Police said that the agency had received no prior report of any incident involving the violation of the rights and dignity of the children who attended the camp from any state institutions.

The police said the camp continues to be helpful and beneficial to children.

“Based on the information the agency has received so far, we believe the police acted to control some of the children who participated in the camp who showed disobedience, and ensure the safety and protection of the children and other parties, in accordance with the police laws and regulations,” said the police in their statement.

Police said they therefore find the decision to prosecute police officers under the Anti-Torture Act concerning.

The police officers who were charged are:

However, the Prosecutor General's Office decided not to pursue charges against them, citing lack of sufficient evidence.

Man arrested for bomb threat on senior officials at PO

'Priority given to have female officers arrest women'

Man in possession of liquor arrested from Thoddoo