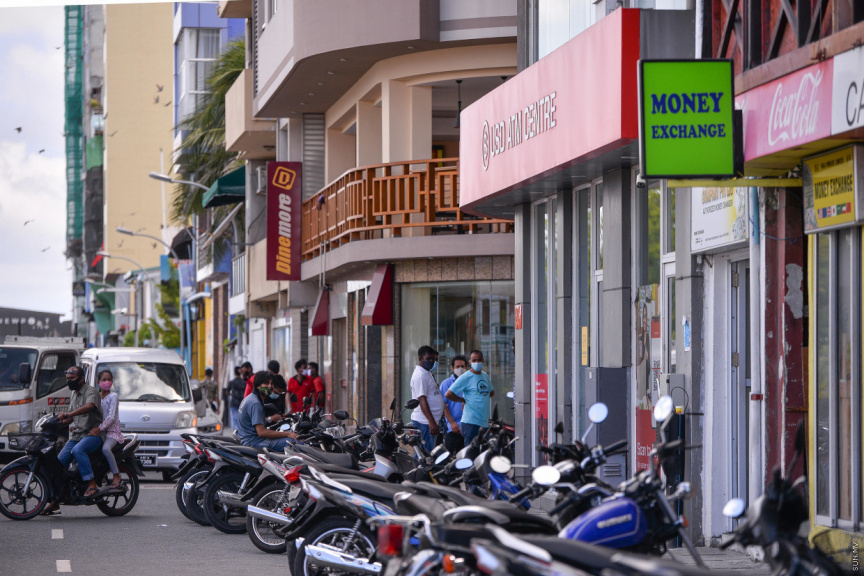 One of the two foreigners arrested under suspicion of selling US dollar in the black market has claimed that the dollars he sends abroad are under the pretense of buying goods in order to send money home, adding that the goods, therefore, will not arrive.

The two arrested are both Bangladeshi nationals; Robiulla, who is 29-years-old and Mohamed Firdaus who is 31-years-old.

At a hearing held at the Criminal Court regarding their remand period – the Police said that during a search of the residence where Firdaus had lived, they had discovered telegraphic transfer slips showing that money had been sent abroad.

In response to this, Firdaus noted that telegraphic transfers were done through a third party, by giving that person the money. He detailed that although Maldives is penned down as the delivery address for the goods, the goods will not arrive in Maldives – as this is done for the purpose of sending money to Bangladesh.

At the hearing, the Police also noted that both individuals were working at a site other than what they have been permitted to.

The Police said that at the Firdaus was arrested, a large amount of cash, a record book pertaining to the sale of foreign currency and bank and ATM slips, were seized from him. They also highlighted that records from his bank personal account show that large transactions have taken place.

The Police also noted that Robi’ulla is involved in the sale of dollars in the black market at a major scale as well.

They stressed that they suspect the two individuals to be working under a major network in selling foreign currency at the black market.

Man released due to space shortage in prison rearrested

''Looting of public property in the name of health''

'International expertise needed to save Maldives'