PGO sends corruption case against Mayor Muizzu back to ACC 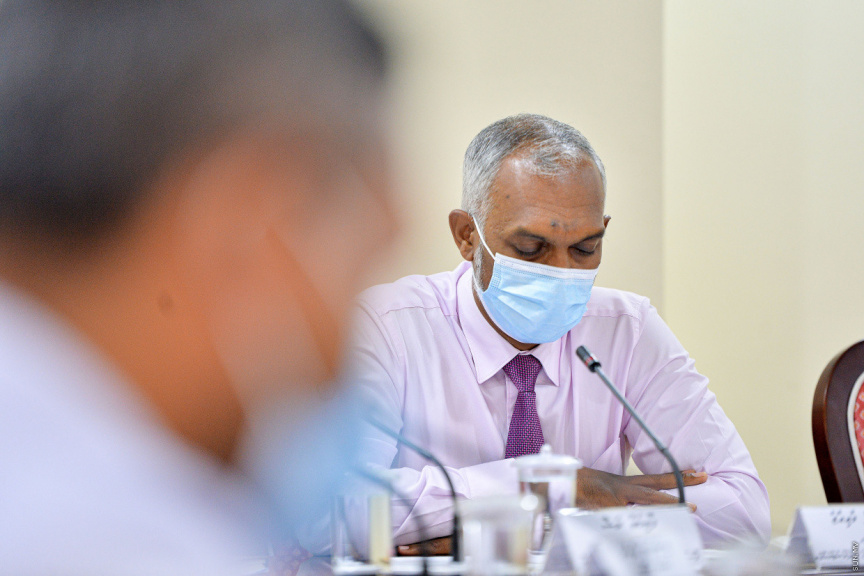 PGO’s spokesperson, Public Prosecutor Ahmed Shafeeu told Sun on Thursday that the case was sent back to ACC because it needed several revisions.

Shafeeu said the ACC has yet to re-submit the case to the PGO.

The case against Muizzu stems from a three-year contract signed between Strada and Housing Ministry to develop a bridge viewing platform, food outlet area and parking area in the Lonuziyaaraih area in Male’ City on September 22, 2016 – back when Muizzu had been serving as Housing Minister.

ACC requested charges against both Muizzu and then-State Minister for Housing Ahmed Habeeb in the case.

ACC said that with the decision, Strada gained 2,464 square feet in addition to the space granted under the original agreement, and gained additional benefits.

The corruption watchdog found the decision was made in violation of the policy on open tenders declared on the Public Accounts Regulation at the time, and the Housing Ministry did not seek legal counsel before making its decision.

Strada made several changes to the land, and requested Housing Ministry for permission to open additional businesses on the land and extend the three-year lease agreement to five years, proposing providing MVR 2 million to the government as CSR and developing a modern futsal field and handing it over to the government.

The first amendment to the original agreement was made on April 13, 2017, as requested by the company. ACC said it found the amendment was made without seeking legal counsel, as was standard protocol.

ACC found Strada failed to make their lease payment in accordance with the agreement. The company racked up over MVR 1.9 million in outstanding lease payments between November 2017-July 2018.

ACC said it found Strada did not protest when Housing Ministry asked the company to close Chatime – the company’s drinks outlet, and it was found with consent and cooperation from Strada.

ACC said that given Housing Ministry made the second amendment to the agreement by accommodating Strada’s proposals for compensation for taking Chatime, they found the matter of compensation to have been settled.

ACC said that it found Housing Ministry had been fully aware what happened with the project and that Strada has outstanding lease payments when it sent the letter, and the letter was sent without consulting with the Housing Ministry’s legal section or the Attorney General’s Office.

'Allegations of corruption cannot be proven at court'

Male’ Mayor: We have requested for budget to pay WAMCO

Midhuhath removed from PSM’s board