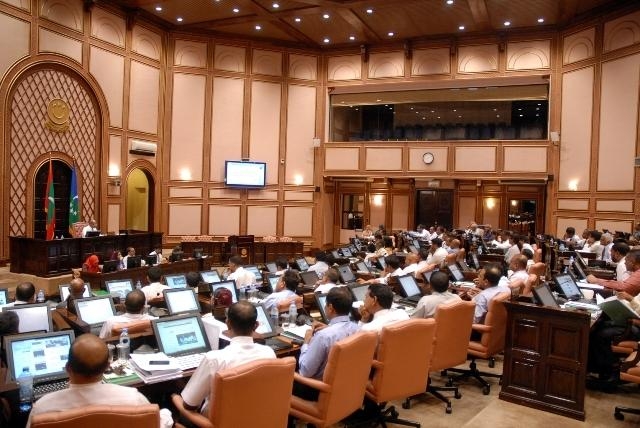 The Parliament has passed a budget of MVR57.8 million for the Auditor General’s Officeassigned in the state budget for next year.

Thebudget was passed with 59 votes in favour, while two MPs voted against it.

Chairman of Public Accounts Committee Dhiggaru MP Ahmed Nazim said while presenting the Committee’s report, that the budget of the Auditor General’s Office had to be increased to facilitate recruitment of additional employees.

Nazim explained that Finance Ministry had not released the funds to the Auditor General’s Office for this year, despite the fact that the Parliament had passed that the budget should be released in two instalments.

Maldivian Democratic Party’s (MDP) Kulhudhuffushi-north MP Abdul Gafoor Moosa said that the Auditor General’s work should be recognised, and that action should be taken against corruption issues highlighted in audit reports.

Progressive Party of Maldives’ (PPM) Vaikaradhoo MP Ali Arif said that considering the amount of work that remains to beundertaken by the Auditor General’s Office, even the budget of MVR57 million is not sufficient.

MPs who spoke against approving the budget argued that this money should be assigned to providing other essential services.

“We constantly hear claims that the Maldives is bankrupt, that the state has no money. We heard the Finance Minister saying that next year’s budget cannot be larger than this year’s budget. IMF has apparently asked us to take steps to reduce costs. But the budget for one institution has to be increased by 30 or 40 per cent as a reward because he carried out his responsibilities. They claim that he recovers money, and want to increase the budget by 30, 40 per cent – what kind of policy is this?” Dhivehi Rayyithunge Party’s (DRP) Mathiveri MP Hussain Mohamed said.

Most MPs stressed the importance of providing sufficient funds to the Auditor General’s Office to ensure that action is taken against corrupt practices.