Fundamental rights were not considered in the budget sent to Parliament: Environment Ministry 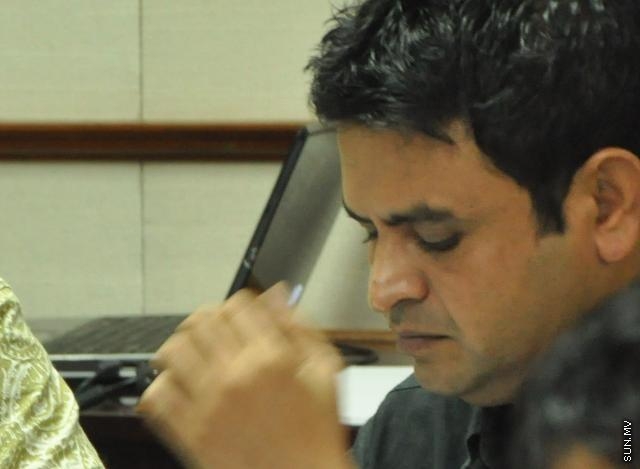 Ministry of Environment and Energy has said that the fundamental rights of the people guaranteed by the constitution were not considered in the estimated state budget for 2013.

Senior officials of the Ministry said this while responding to questions, when they were summoned to the Parliament’s National Development Committee.

Permanent Secretary of Environment Ministry Ahmed Saleem said that water and sewage system projects were proposed for six islands, however, funds were included in the budget for only one island.

Similarly, waste management projects were proposed for ten islands, but funds were included in the budget for only one island.

Saleem said that complaints have been filed to Finance Minister Abdullah Jihad following the exclusion from the budget of 15 projects proposed by the Ministry.He said that the Minister had replied that those projects can only be included in the budget through efforts made in that regard by Members of Parliament.

Saleem requested the Committee Members to work towards including those projects in the budget, as that would be the only way to ensure fundamental rights for the people.

He said that considering the fact that the constitution obligates the government to provide clean drinking water and proper sewage systems, it is rather worrying that these projects are not prioritised in the state budget.

He noted that these issues were not given priority in previous state budgets either.

The Environment Ministry informed that meanwhile, water in sixty islands is not safe for drinking, and 45 percent of the Maldivian population is in need of proper sewage systems.

Minister of State for Environment Abdul Matheen Mohamed appealed to Members of Parliament to work towards establishing fundamental services of drinking water and sewage systems, instead of focusing on larger projects such as reclamation of land and construction of roads.

He said that it is Parliament Members who have the power and opportunity to prioritise these matters and to amend the budget to include these projects.

MVR5.5 billion was assigned for the development of atolls in the total estimated state budget for 2013 of MVR16.9 billion.

Also, out of the PSIP programs,MVR2.7 billion was assigned directly for atolls. This includes moving people from small islands to bigger islands, renovation of harbours, and expansion of hospitals and health centre services.

Police Commissioner appeals to MPs to give Police legal authority