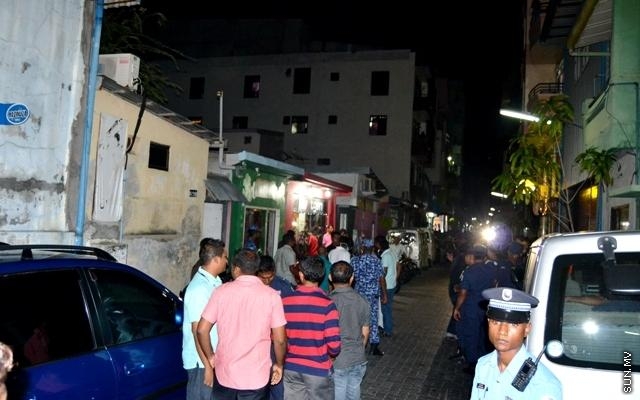 Police have arrived at the scene on Lonuziyaaraiy Magu after a person was found dead in M. Mizamaange.

The person was found dead at around 6:38pm. People in the area said that the smell in the area was bad.

Police have arrived at the scene, but not given any details yet.

19:17 - A reliable source has told Sun Online that the dead person is man and that it is not likely that he is a Maldivian.

19:21 - Police have also confirmed that the dead person is a man.

19:30 - It has been confirmed that the dead person is a Sri Lankan national. This was confirmed to Sun Online reporters by a resident of the house.

19:37 - The whole area smells extremely bad, it is even hard to breathe.

19:46 - Due to the bad smell, people have started burning something aromatic inside the house.

20:24 - Preparations are under way by the Police to remove the body from the house. A stretcher has been placed in front of the entrance to the house. Police said that the body will be taken out shortly. It is not yet known if he was murdered or died of natural causes. A reliable source has said that injuries could be seen on his body.