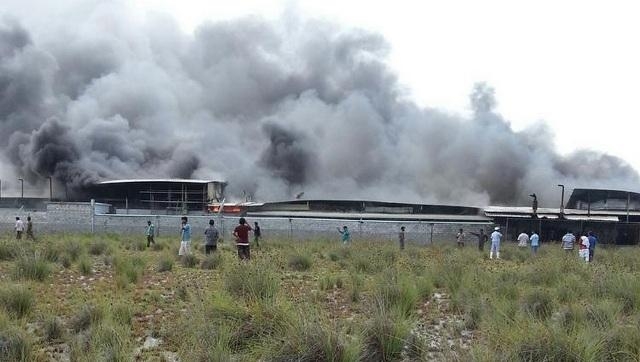 A fire broke out this morning in the Kaafu Hinmafushi Quality Seafood factory. The damage has rendered the factory,located on the island’s reclaimed area, unusable.

Nobody was hurt during the incident.

President of Hinmafushi Council Shaan Ibrahim said that they got news of the fire at about 10:43 am. He said that it is suspected that the fire started due to some diesel barrels in the area catching fire.

He said that the some locals from Hinmafushi, Police, and staff from the nearby resort “Gililankan” had tried to employ the resort’s pumps to control the fire. Shaan said that the Maldives National Defence Force (MNDF) was able to reach the scene in an hour since the fire first broke out.

The fire was controlled at about 1:00 this afternoon. By then, the damage to the factory where yellow fin tuna is processed, had left it unusable.

President returns after visit to Malaysia