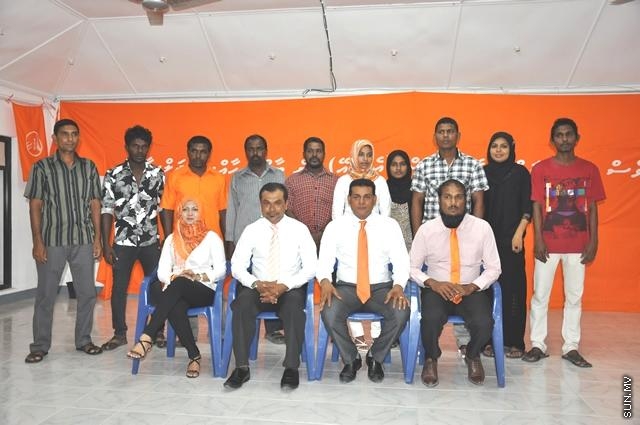 The leader of Maldives Development Alliance (MDA) Ahmed Siyam Mohamed has decided to build pre-schools in Noonu Fodhdhoo and Noonu Landhoo. He announced this decision yesterday while speaking to the people of the two islands, as part of MDA’a ongoing travels to Noonu atoll aimed at increasing the party membership.

Addressing with the people of Fodhdhoo, Siyam said that the island’s pre-school foundation will be laid during the year.

“You are also citizens, just like everybody else. You are also entitled to the fundamental rights same as all other citizens. I shall work towards this end with all my means,” said Siyam.

Speaking at the MDA rally held at Landhoo school last night, Siyam said that it is important to educate our children in order to build the successfully nation. He said that the nation is now in a dire condition and that this is because the nation has not had steadfast leaders. He also said that the people who come to power must understand and respect the feelings of the people. Leaders who lie and deceive the people shall not have the opportunity to face the people, he added.

Speaking at the Landhoo meeting, MDA Deputy Leader Ali Mauroof said that the island’s stage used for cultural purposes has been badly damaged and that it will soon be rebuilt to acceptable form. He said that he was born in Noonu atoll and thus, has a special affection towards Landhoo and that he will see to it that the island does not face undesirable circumstances.

Speaking at the meeting, MDA’s Secretary General Ahmed Anees said that MDA will have a special focus on tools needed for the development of the younger generations in the island. He said that a volleyball camp and a football training ground will soon be set up in Landhoo.

MDA opened its second office in the atolls in Landhoo last night. The office was declared open by the party’s Interim Leader Ahmed Siyam and Deputy Leader Ahmed Amir.