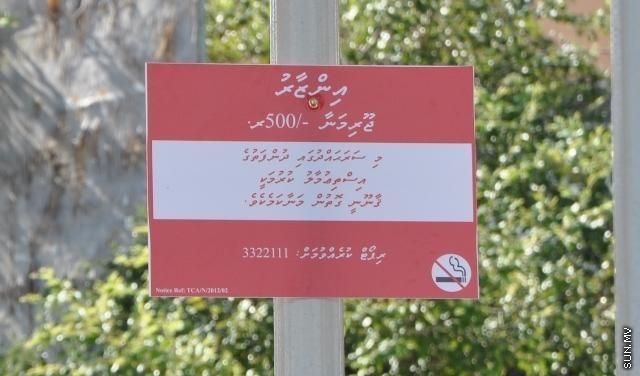 The regulation on designating places prohibited for smoking stipulates that food and beverage establishments have to have designated smoking areas, and that these areas can only be determined by obtaining a special permit.

Talking to Sun, Deputy Direct of CCHDC Hassan Mohamed said the centre is receiving numerous complaints that some establishments which failed to obtain the permits by the 31st of last month had designated smoking areas for their customers. He said that such places are currently being identified and that administrative measures are being taken against them. However, he did not say which establishments have been penalized, or the nature of these administrative measures.

“Some of the parties that have not obtained the proper permit have started to designate their own smoking and no smoking areas for the customers. We are taking action regarding this. We are receiving a lot of complaints regarding this too,” said Hassan.

He said that even though administrative action will be taken against these establishments, the penalties will vary with regard to the implementation of the law. He said that during the first week of implementation, priority is given to assess how much the regulation is being heeded by the public and to identify the problems that arise. A number of establishments currently have applied for permits and permits are being issued to places that fulfil the necessary requirements, said Hassan.

Politically motivated assaults have to be stopped: Maumoon