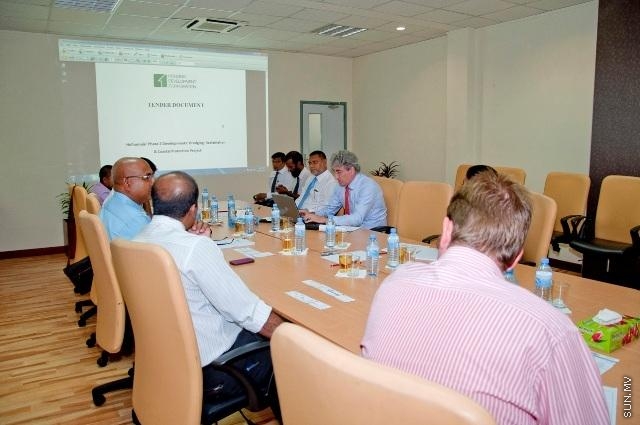 Six foreign parties have expressed interest in carrying out the second phase of Hulhumalé land reclamation project, for of whom attended the pre-bid meeting.

An official from the Housing Development Corporation (HDC) told today that the pre-bid meeting was conducted last Thursday, at HDC.

“Bids should come before the end of this month. As soon as bid evaluation is complete, the project would commence”, said the official.

Among the parties which have expressed interest in the project is the Royal Boskalis Westminster, which has worked on similar projects in the Maldives before.

According to HDC, the second phase of the largest such project carried out in the Maldives would cost USD 60 million.

In the second phase of Hulhumalé land reclamation project, 230 hectares would be filled. The area would, according to authorities, be suitable for a population of a 100,000 people.