PPM had to be formed because of the manner of Nasheed 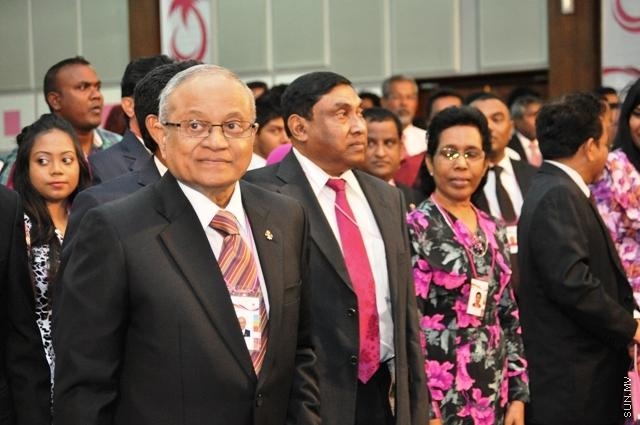 Progressive Party of Maldives (PPM) Interim Leader Maumoon Abdul Gayoom has said that the reason he had to form his party was due to the manner of the actions of former President Mohamed Nasheed’s government.

Speaking during the inauguration of the PPM congress, Maumoon said that accountability of the government was largely reduced during Nasheed’s presidency and that assaults had become commonplace. He said that they ruined the economy of the country and worked against the religion of Islam. He said that these things caused PPM to go for street protests to voice the rights of the people.

He said that PPM took part in the demonstrations held between 2011 and 2012 and that they are part of the multi party coalition that has been formed in the country.

The congress which started today will carry on until Saturday. The agenda for the congress today includes amending the basic regulations of the party, while tomorrow and the day after would include elections for different posts. The temporary results for the elections will be announced sometime Saturday night.