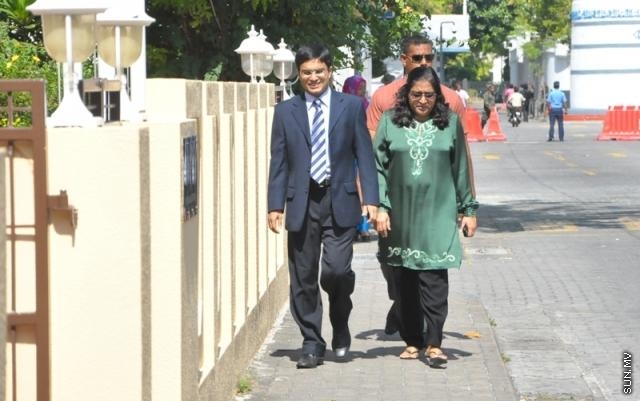 President Dr. Mohamed Waheed Hassan Manik has decided and notified Parliament Speaker Abdulla Shahid that ministers, high ranking government officials and security forces personnel shall not, starting from today, attend summons by the Parliament Committee on Oversight of the Government.

The notification by President Waheed follows the publication of some of the information shared by former senior police and military officers with the Parliament committee, which is investigating the report published by the Commission of National Inquiry (CoNI). The commission was constituted to investigate the legitimacy and manner in which the government changed earlier last year.

The President also noted that since the CoNI report was shared with the Parliament Speaker, in principle the Parliament does have the authority to do such an investigation, but it should be done within the boundaries of the constitution and the rules and regulations of the Parliament.

The President said that the Parliament floor had not decided on how to proceed with the report and thus, the responsibility of the committees to which the report was forwarded should be to exercise their prerogatives granted to them in the Parliament regulations, and that they do not have the authority exceed these boundaries.

He also had said that the work by the Parliament Committee on Oversight of the Government is undertaken beyond the boundaries stipulated in law, and that the Parliament Counsellor General had advised that the committee work is being conducted outside the boundaries of the law. The President further noted that the Attorney General had also advised the Speaker and expressed concern regarding the issue, and asked him to assure the State that this will not continue in this manner.

The President said that the information shared by former and current senior officials at a committee meeting held in secret was made public on the Parliament website, and that such actions will cause distress to the existing constitutional framework and is also an infringement of the individual rights of the people who shared the information with the committee. He also said that this is severe enough to cause a threat to national security.