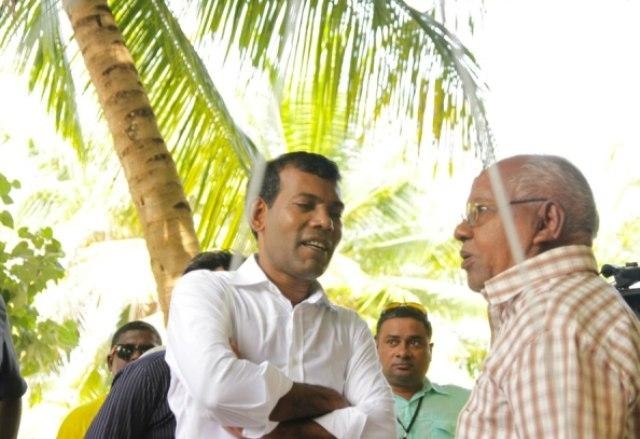 Former President Mohamed Nasheed has decided not to meet with Commonwealth Secretary General’s Special Envoy to the Maldives, Sir Don McKinnon, who is currently visiting the country.

In an interview to Sun Online today, Minister of Housing in Nasheed’s government Mohamed Aslam said that McKinnon had sent a letter to Nasheed requesting a meeting before he arrived in Male’, and that Nasheed had subsequently notified McKinnon that he did not wish to meet him.

“Before arriving in the Maldives, McKinnon had sent a letter requesting a meeting. But before McKinnon’s arrival, Nasheed had written to him saying that he does not wish to meet him,” said Aslam.

He also said that the McKinnon had not sent an official notification detailing the purpose of his visit, and that he had not specified the intention of his meeting with Nasheed. Aslam however said that they are aware that the purpose of McKinnon’s visit is to look into the extent of the implementation of the recommendations listed in the report by the Commission of National Inquiry (CoNI).

Aslam said that because Nasheed had accepted the CoNI report only with reservations, and because the Parliament Committee on Oversight of the Government is currently reviewing the CoNI report, which in turn has shed light on to new facts, MDP had decided not to meet with the Commonwealth with regard to any discussion of the CoNI report.