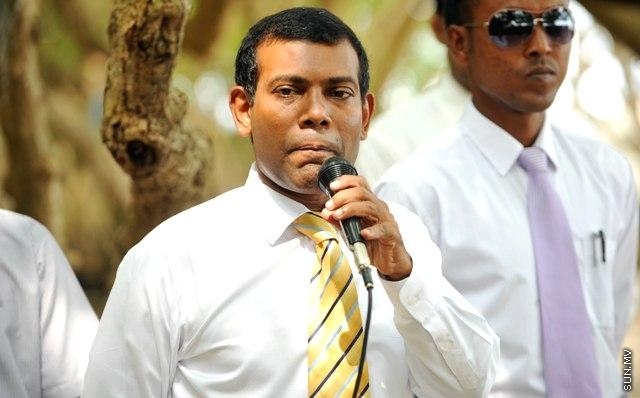 Former President and presidential candidate of Maldivian Democratic Party (MDP) Mohamed Nasheed has said that instead of obtaining loans to provide housing, 12,000 housing units can be constructed near Male’ by leasing ten uninhabited islands for resort development.

While speaking at an event held in front of the MDP station in Villimale’ last night as part of the party’s series of events held under its ‘Walk of Pledges’ campaign, Nasheed said that people may have to ‘wait 30 years’ if loans were to be obtained to provide housing.

“The 12,000 housing units, which the people of Male’ region are in dire need of, can be provided. God willing, we can do that. To do that, all we have to do is give ten uninhabited islands for resort development. Resorts will be developed, flats will be built and the bridge will also be constructed. But if you want to do that by taking loans, you can wait another thirty years,” he said.

Nasheed said that difficulties are being experienced by the Maldives due to the deteriorating ties with India, including challenges in the import sector. He said that the Maldives will not survive unless it restores good relations with India.

Last night’s rally was attended by MDP parliamentary group members and its national council members. Over sixty forms with signatures of people wishing to join MDP were also presented to Nasheed at the event.