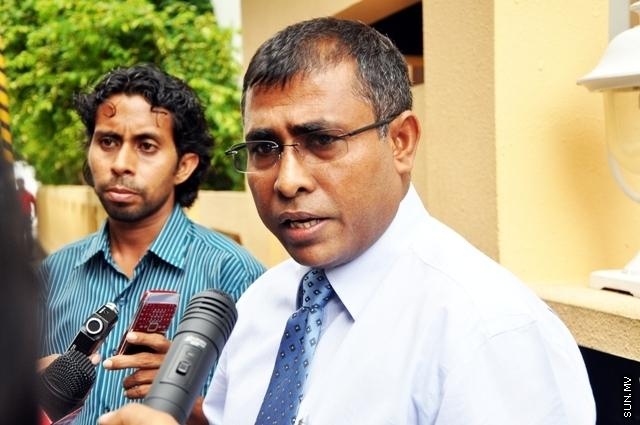 Dhivehi Rayyithunge Party (DRP) has criticised Progressive Party of Maldives (PPM) and said that it takes credit for the government’s successes, but disassociates itself if the government is being criticised.

He said that the most important part of providing public services is the budget, and that the budget proposed by the government was reduced by two million Rufiyaa by PPM and Maldivian Democratic Party (MDP). He said that it would not be wise to criticise the difficulties faced as a result of this.

Dr Mausoom said that PPM has done two things to obstruct the government, and expressed concern over the fact that PPM continues to criticise the government.

“The budget issue I mentioned earlier, and allowing MDP hold majority at the Government Oversight Committee, these are two things that would make things difficult for the government. PPM initiated these two things, they participated in doing this. It’s worrying that they criticise the government’s performance after having done that,” he said.

“We are with the government; we want to serve the people as much as possible this year. After that we are determined to work for the happiness and prosperity of the people once DRP comes to power,” he said.

“What we’re seeing today, and it is with sadness I say this, is the current government failing. The institutions are now incapable,” he said.

Not possible to conduct trials against group accused of arson, due to lack of budget: Criminal Court