The illegal investigation of CoNI Report is spearheaded by Shahid: Yamin 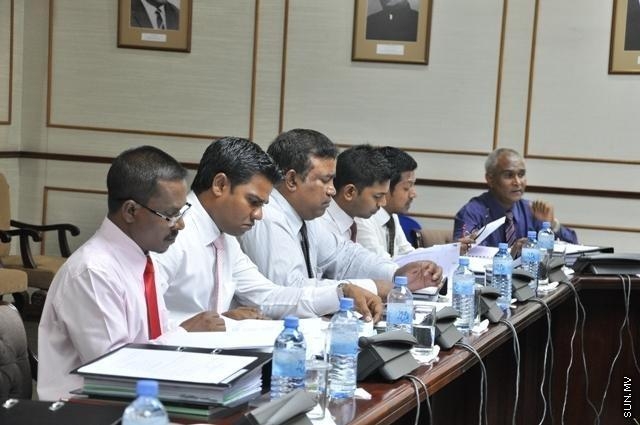 Abdullah Yamin, Parliamentary Group Leader of the Progressive Party of the Maldives (PPM) has said that the investigation conducted by the Government Accountability Committee of the People’s Majlis on the Report of the Commission of National Inquiry is “determinably illegal” and that the process is being spearheaded by Majlis Speaker Abdullah Shahid.

CoNI Report embodies the findings of the Commission established by President Dr. Mohammed Waheed Hassan Manik, in consultation with former President Mahomet Nasheed and the Commonwealth, to probe into the circumstances in which Nasheed resigned from Presidency on the 7th of February last year.

Speaking at a PPM rally in Malé last Thursday, Yamin said that the government does not have any legal obligation to cooperate with what the Government Accountability Committee is doing in the name of investigating CoNI Report.

Yamin also said that creating commissions to probe into such matters is a constitutional authority vested only in the President.

“Abdullah Shahid is now investigating the CoNI Report, and I wonder what he has in mind to do. On behalf of PPM, I would emphatically say that they are undertaking an illegal work. They cannot do it”, said Yamin.

Yamin also said that PPM had communicated the party’s opinion that the government does not have to cooperate with Majlis Committee in the investigation to the President last Thursday.

“As Parliamentary Group Leader of PPM, I have told the President that the government does not have to cooperate with the Majlis Committee investigating CoNI Report. The executive shall run according to the legal instruction of the Attorney General and not a Majlis Committee”, said Yamin.

Yamin also said that PPM had communicated its stand to Speaker Shahid.

“Speaker of the Majlis has an obligation to protect the integrity of the Majlis. He has to make sure that the Majlis acts in accordance with the laws. He represents one of the powers of the State, and affairs of the Majlis should be conducted in accord with the constitution and rule of law”, said Yamin.

While Yamin has described Majlis Committee’s investigation of CoNI Report, MPs belonging to PPM also sit in the Committee whose majority is with resigned President Nasheed’s Maldivian Democratic Party (MDP).