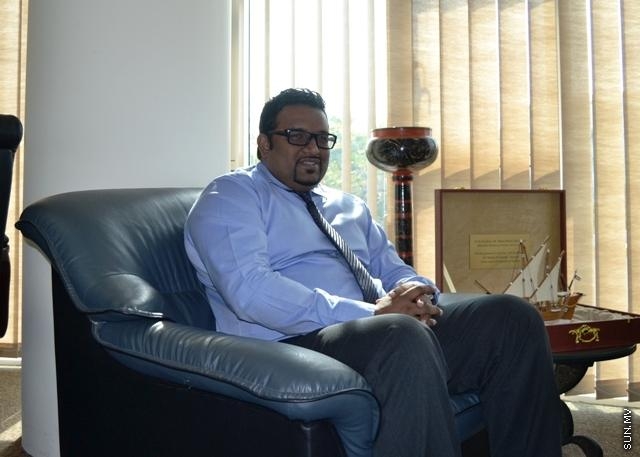 Tourism Minister Ahmed Adheeb has said that the Maldives tourism promotion budget has been increased to MVR 80 million. The parliament had initially granted an amount of MVR 20 million.

In a special interview to Sun Online yesterday, Tourism Minister Adheeb said that promoting Maldives tourism is expensive, yet it is also something that will be rewarding for the country.

Adheeb said that a budget of MVR 200 million was proposed to the parliament for tourism promotion this year, but said that the final amount granted had been cut the budget down to MVR 20 million.

“When we put down MVR 200 million, the government authorities don’t actually realize the priority that this requires. This is what drives the entire engine. Parliament had erased a zero from the MVR 200 million we proposed, and gave us MVR 20 million. Then we had to work in all other different ways, and now the Finance Minister has committed to give us MVR 60 million more,” said Adheeb.

He said that the government institutions do not realize the importance of the efforts to promote tourism and said that last year’s success was attributed to the tourism advertisements. He said that they have plans to participate in a number of fairs this year, including promotions through other avenues, such as advertising the Maldives on the BBC.

“If we can fully establish the Maldives brand, we can promote Maldives and subsequently increase room rates. Every single dollar we spend on marketing will give a large amount of money in return,” said Adheeb.

Minister said that there are two big events scheduled to take place in the Maldives this year, one being the celebrations for World Tourism Day, and the other being the Indian Ocean category of the World Travel Awards. He said that Media from around the world will be invited to these events, which will in turn, promote Maldives tourism.

The MVR 20 million-small budget granted this year was strongly criticized by the Maldives Association for Tourism Industry (MATI).