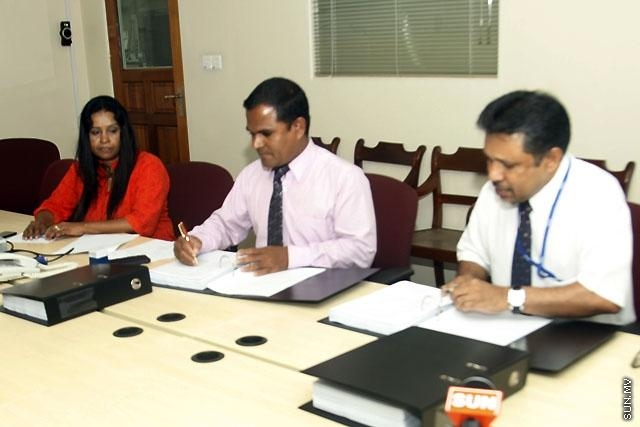 An agreement has been signed today between the Ministry of Environment and Energy and Male’ Water and Sewerage Company (MWSC) to establish a sanitation facility in L. Gan.

The agreement was signed by Minister of State Abdul Matheen Mohamed on behalf of the Ministry, and Managing Director of MWSC Mohamed Ahmed Didi on behalf of MWSC.

The project is to be completed within 18 months of the signing date of the agreement.

Matheen said while speaking at the agreement signing ceremony that the project is funded with the assistance of the government of France.

“Today we have signed an agreement with MWSC to implement the work to establish a sanitation facility in L. Gan. This is a project worth MVR 85 million. Funding for the project was obtained from France with the assistance of the French government,” he said.

The project is funded with the loan aid from French Development Agency.

The project was awarded to the group that submitted the bid with the lowest cost. The cost proposed by MWSC is MVR 85,692,317.84.