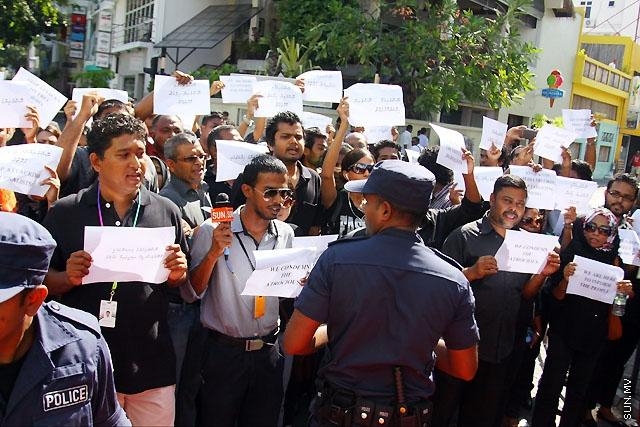 Journalists working in a number of media organizations in Maldives poured onto the streets today to protests the recent attacks on journalists.

The journalists have taken to the streets in protest following attacks on two TVM journalists who were subjected to a packet of thinner (a volatile solvent used to make paint or other solutions less viscous) while they were covering a protest held last night, and also another attack on journalist Ibrahim Waheed (Aswaad) who sustained serious injuries.