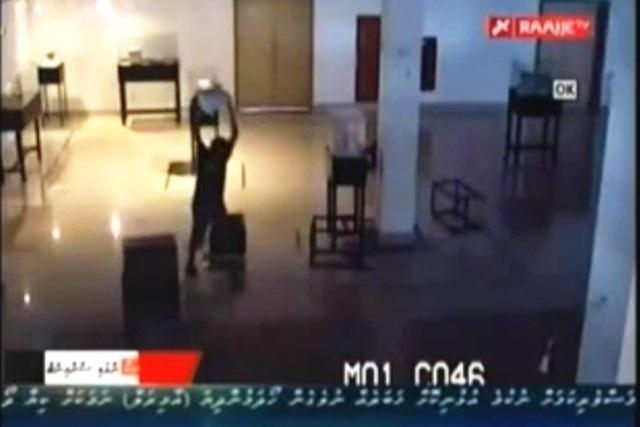 State has raised charges in court against two people accused of vandalizing the museum on the 7th of February last year.

Media Official for the Prosecutor General’s Office Hussain Nashid said that the two people accused of damaging objects inside the museum are; Mohamed Nishan of M. Haadhoo and Yousuf Rilwan of G. Adimagu.

Nashid said that the two people are being prosecuted for disobeying the law under Article 88 (a) of the Penal Code. Nashid said that they are being prosecuted for the accusation that Nishan and Rilwan, in association with others, went into the museum around 10:50 on the morning of 7th February 2012, and to have damaged ancient artifacts that dated back to before when Maldives attained Islam.

The media official said that Article 88 (a) of the penal code states that it is a crime to disobey a judicial order or an order made with the authority vested by the law. Article 88 states the punishment for such a crime as; prison sentence or banishment or house arrest for a period not more than 6 months, or a fine of not more MVR 150.

Criminal Court scheduled a hearing for the case for 10 am this morning. The hearing however was cancelled as the summoning chit for the two defendants could not be handed over.

Shooting and beheading suggested as methods for implementing death penalty