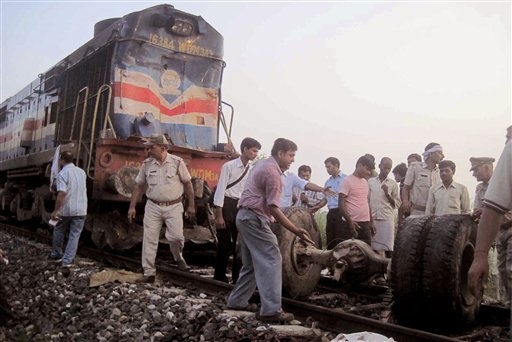 LUCKNOW, India (AP) — Officials say at least 21 people have been killed and more than 100 others injured when an express train derailed in northern India.

Railway official A.K. Jain says the Kalka Mail train was on its way to New Delhi from a station near Kolkata on Sunday when its 12 coaches and engine jumped the tracks in Uttar Pradesh state.

Police official Brij Lal says at least 21 people were killed and rescue workers have pulled more than 100 injured passengers from the wreckage.

Television footage showed at least one coach flew above the roof of the carriage ahead of it and was dangling precariously.