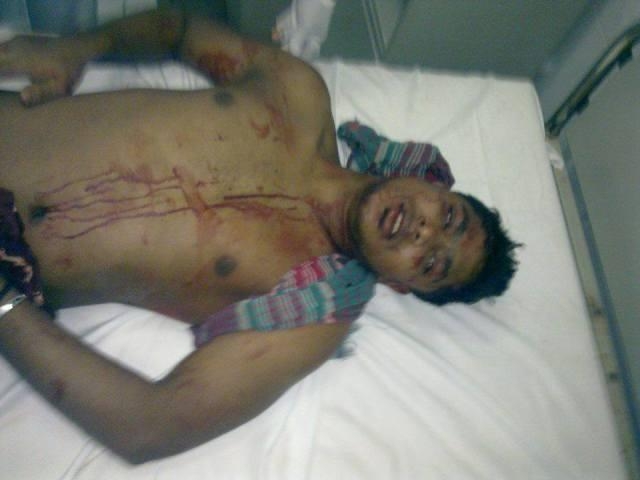 Police have arrested two people in connection to the attack on a foreigner in Meemu Muli last night.

The two men, a 23 year old and 24 year old, were arrested around 4:50 am early this morning while hiding inside a house. A minor was also arrested last night in connection to the attack.

The two men were brought into custody following a special operation conducted by Meemu Muli police station last night, commenced shortly after a Bangladeshi citizen was assaulted and wounded.

The victim, who received injuries in two places of his head, is being treated in Muli Regional Hospital. His condition is improving, the hospital said.

“He was in serious condition when he brought to the hospital. From the looks of it, it seemed as if he was attacked in the head with a sharp object. There are two fractures in his head, and a laceration in another area as well,” an official from Muli Regional Hospital said.