Allegations regarding the election are worryingly serious, says President Waheed 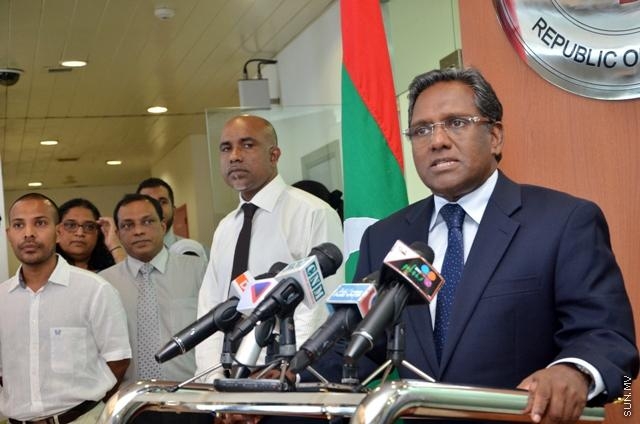 President Dr Mohamed Waheed Hassan Manik has stated that the allegations regarding the September 7th presidential elections are worryingly serious.

In a statement by the president released a week after his after his bitter defeat, Dr. Waheed stressed that the allegations regarding the election need to be properly addressed within the legal framework.

“…However, I would like to note that some allegations regarding this election are worryingly serious. I think it is paramount that these allegations be addressed within the designated legal framework, and justice be served,” President Waheed’s statement read.

He also noted that the first round of the election went smoothly and peacefully.

“I would like to note with delight, that the first round of the presidential elections went smoothly and peacefully,” the President stated.

Highlighting that an individual’s foremost duty to the nation is to maintain peace and stability, the president announced that he will support Progressive Party of Maldives (PPM) candidate Abdulla Yameen for the second round of polls.

“In the days ahead, I would like to call upon every citizen to ensure that his foremost duty is to maintain the nation’s peace, to not allow political differences to be a cause of divide. On the same note, I would like to inform you, beloved citizens that, in the second round of the elections, I support Abdulla Yameen who is set to compete after gaining second place in the election,” read President Waheed’s statement.

Reasoning his decision, President Waheed stated that; “I do not believe it is not right to weaken the country’s constitutional framework, trample the law, set fire to property, instigate unrest, that is not what is best for the country.”

Situation currently does not warrant a recount of all 470 boxes: EC