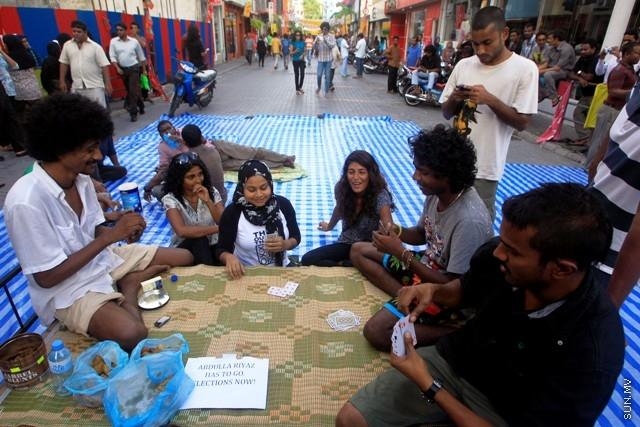 Police made arrests on Sunday night for obstructing their efforts to open the roads closed by Maldivian Democratic Party (MDP) supporters in the capital Male’.

Protesters near BG Garage area and City Hotel area had opened the roads themselves when advised by the police, but the obstructions had to be removed by the police near Male’ City Council and Jambu Jagaha, both in city’s main road, Majeedhee Magu.

He said that a police officer was taken to Indira Gandhi Memorial Hospital (IGMH) following leg injuries received from a stone hurled by a protester. The officer’s condition is not serious, the official said.

MDP blocked off certain roads in Male’ and continued protests since Saturday afternoon, calling for immediate elections after accusing the police of obstructing, and forcing a halt on the Saturday presidential election.