Defence Minister: Threat of terrorism is a major concern in this region 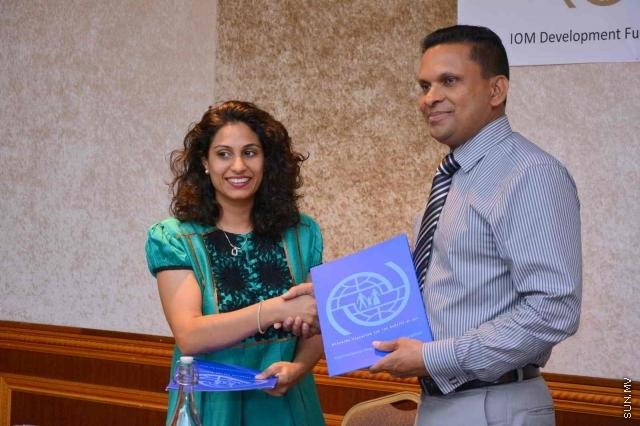 Maldives is continuously targeted by smugglers and individuals looking to carry different forms of illegal activities and the threat of terrorism is a major concern in the South Asian region, Minister of Defence and National Security Colonel (Rtd) Mohamed Nazim has said today.

The Defence Minister made the remarks at a ceremony at the Hulhule’ Island Hotel to hand over two e-passport verification systems donated to the Maldives Department of Immigration and Emigration by the International Organization for Migration (IOM).

“Today criminals are more organized, technologically more capable, and increasingly operate across the borders. The threat of terrorism is a major concern in this region,” said Defence Minister Nazim.

Organized trans-border crimes in numerous forms present a serious danger to Maldives and neighbouring States, Nazim said. He also added that Maldives is working to implement the necessary counter terrorism measures by strengthening its borders.

He noted the importance of the e-passport verification donated by IOM, and said that it will serve as an important means to detect and identify theft, and an effective measure to reduce fraud. It will also help to protect our national interest such as prevention of potential illicit movement of the people across our borders, the Defence Minister said.

The e-passport and biometric verification systems donated by IOM today works by comparing the stored biometric identifiers in the e-passport chips against those of their users. It also has the capability to perform ink, paper and chip verification, along with face and finger comparisons.

The two verifiers were handed over by the IOM Program Manager of Counter Trafficking Alia Hirji, and received on behalf of the Maldives Government by Defence Minister Mohamed Nazim.