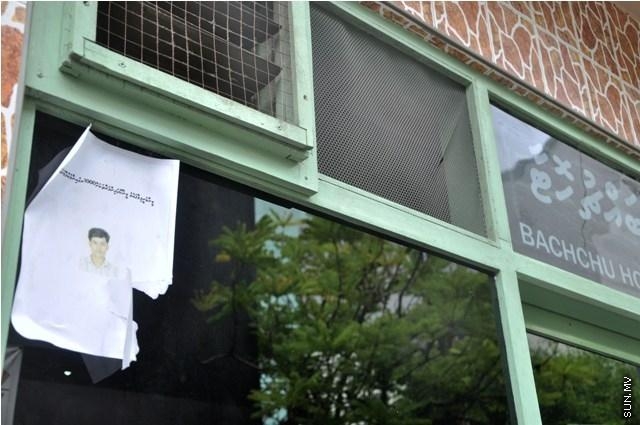 The Police and Immigration Department have expressed concern over the announcements by companies and private persons, offering cash rewards to locate foreign nationals in hiding in Maldives.

The announcements began popping up about a week ago with color photos of the individuals. They include phone numbers to contact for further information.

Amounts from Rf1000 to Rf3000 are offered for locating the whereabouts of the concerned foreign nationals.

The announcements are most common on windows of cafés and walls of garages.

“We let people paste announcements when they request for it. We don’t ask who they are or anything,” a senior employee of a garage said.

A senior official of the Immigration department said that there are policies to be followed by Agencies if they wish to search for foreign nationals, and that offering cash rewards is against the rules and regulations.

“There is no policy that allows them to offer cash to locate people. They are supposed to report to the Police if a foreign national runs away,” he said.

The Police have also expressed concern over this issue.

Meanwhile, Maldives is one of the top countries on America’s Human Trafficking Watch List. Foreign laborers being mistreated has become a serious problem in Maldives.

Resolution sent to Parliament to take action against Nasheed