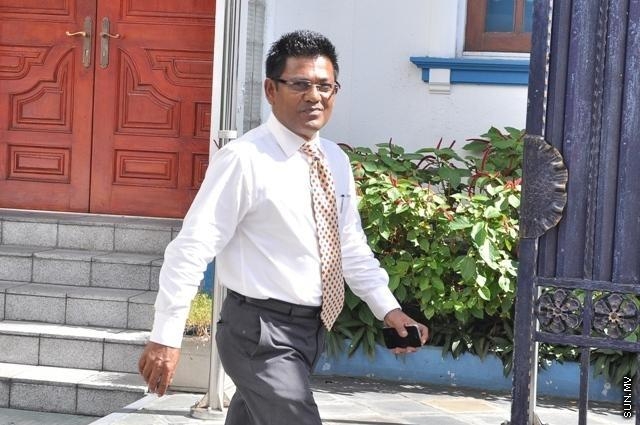 Commissioner of Police Abdullah Riyaz has said that the cases against Kaashidhoo MP Abdullah Jabir and Henveiru-South MP Hamid Abdul Gafoor, for refusing to provide urine samples after they were arrested under suspicion of drinking alcohol, will be forwarded to the Prosecutor General’s (PG) Office this week.

The commissioner said that a case had been forwarded to PG Office against Hamid following his refusal to provide a urine sample on a previous occasion as well. He said that this was after he was arrested at a protest for obstructing police duty, and requested to provide a sample ‘based on his behaviour’.

The Drug Act states that the punishment for a person who refuses to provide urine sample when requested by the police is imprisonment for one year.

Article 123 (a) of the Drug Act states that following suspicions of alcohol consumption, it is a crime to refuse to provide urine samples when requested, in accordance with article 161 (a), by a police officer. Article 123 (b) states that the penalty for this crime is imprisonment for one year.

If Jabir and Hamid are convicted of consuming alcohol, the legitimacy of them holding parliament seats will be brought to question. Article 73 (c) of the constitution states that a person shall be disqualified as a member of parliament if he has been convicted of a criminal offence and is serving a sentence of more than twelve months.

Jabir and Hamid were arrested for drinking alcohol in Hdh. Hondaidhoo, an island leased to Yacht Tours for agriculture, during a special operation by the police. Ibrahim Hussain Zaki and former Press Secretary of the President’s Office Mohamed Zuhair were also arrested along with Jabir and Hamid.