No country has proposed to donate a border control system: Controller 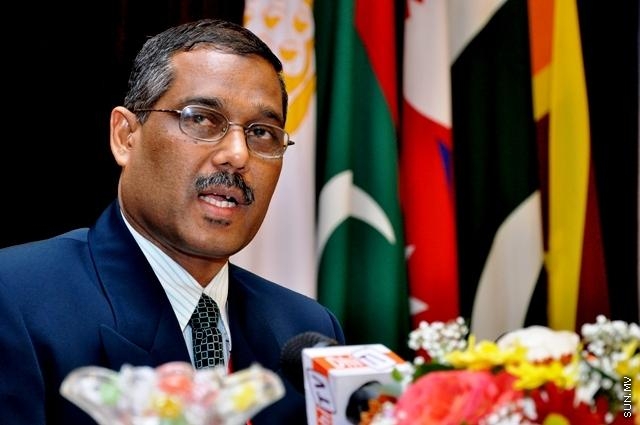 Controller of Immigration and Emigration Dr. Mohamed Ali said that no country has proposed to donate a border control system to the Maldives, amid speculation that India and America had proposed such an offer.

Speaking at Fasmanzaru program on TVM last night, Controller Dr. Mohamed Ali said that they had inquired to clarify from the Foreign Ministry last week, and have come to know that no country has proposed such a donation.

“No country has proposed such a system free of charge. I have written to the Foreign Ministry last week and have got it in writing. They said that no country has made such an offer,” said the Controller.

He said that a number of people have made false statements on media regarding the issue of the Nexbis border control system. The country is currently using a $2.3 million passport reading machines that were installed in 2003 and that the machines are incapable of reading required softwares, the Controller said. He also said that the previous government had awarded the establishment of the new border control system as a means to upgrade the current system, and that Nexbis had won the bid and was awarded the project.

“The meaning of a border control is that, when a foreigner enters the country, to be able know his whereabouts, to be able know when he checks-out of one hotel and checks-in to another, to be able to know how long the person stayed so that all this will be notified to MIRA, so that whatever taxes the person owes can be duly collected. Also for the construction worker, who brought him in to the country, the site he is currently working in, it has to provide all this,” Controller said.

He said that people come into Maldives for different, dangerous reasons and that their movements should be tracked through a capable border control system. He also said that a large number of foreigners are coming to Maldives to marry Maldivian women and that such practices pose a security threat for the Maldives. He said that a large number of undocumented immigrants reside in the country and that the department is currently putting a lot of effort to send them back to their home countries.

The government has decided to concede to the decision of the parliament when it passed a resolution with a majority of 74 members to order the government to stop the border control system project that was awarded to Nexbis in 2010, reasoning that the project poses financial and economic difficulties to the State.

The parliament committee report that recommending the project be ceased has also stated that the government was liable to pay Nexbis and amount of $166 million during the length of the agreement, while the government is to gain a meagre amount of $8 million. The report also highlighted that there was gross negligence on the part of the then Attorney General at the time of the signing of the agreement.