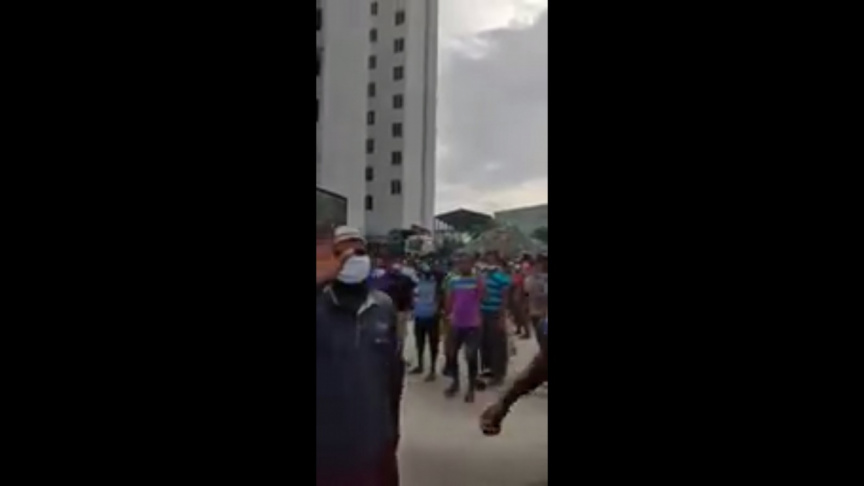 Photo shows a screenshot from a vide showing migrant workers protesting in Hulhumale' on June 25, 2020.

Migrant workers have begun protesting at a construction site in the suburb of Hulhumale'.

Police said that the migrant employees were protesting against their employers. Police also added that no alterations have so far been reported due to the incident.

The employers are now in discussions with the migrant workers to resolve the situation.

Video on social media has shown a large number of employees taking part in the protests. Sources have said that the protests began in the afternoon and were fixated on wage issues.

No further comment was received from the police regarding the matter.