7 arrested in 3 DED operations in Hulhumale’ 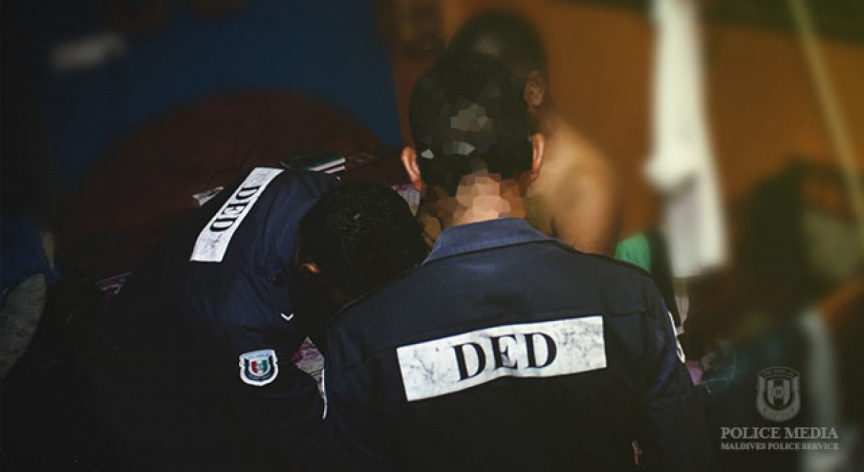 The joint operations were run by the Drug Enforcement Department and Police Intelligence on Thursday, June 25.

In the first operation, the police stopped and searched a truck travelling from Hulhumale’ to Male’, seizing a shipment of alcohol which was being smuggled into the city.

The police arrested one suspect in connection to the case, a 26-year-old Bangladeshi man. The Criminal Court has issued an order for the suspect to be remanded in police custody in a detention facility determined by the Home Ministry for five days.

In the other two operation, the police obtained warrants and searched two social housing units in Hulhumale’, from where they seized drugs and alcohol.

All three cases are under investigation by the Drug Enforcement Department.