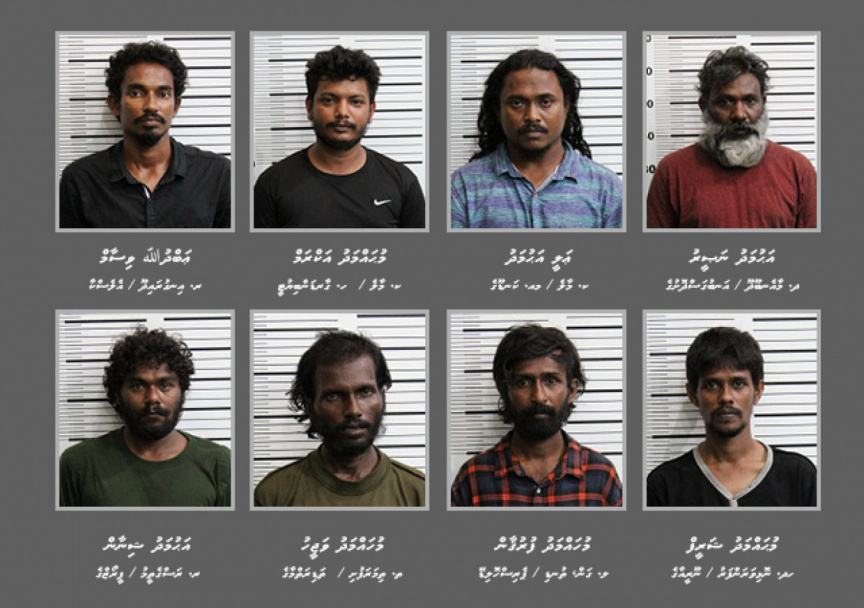 Police on December 10, 2020, revealed the identities of those involved in a massive drug bust from a car in Male' City.

Police have stated that drugs found in the dickey of a car in Male’ City on December 8 was transported through a fishing vessel used for Yellowfin tuna fishing.

A total of 72 kilograms of drugs were found in the car during an operation where 10 were arrested. Police have since revealed the identity of those involved.

Police said that from those arrested Mohamed Wishaam and Irufaan Thagiyyu were the alleged ringleaders of the operation.

The drugs were transported into Male’ City through a speedboat which collected the drugs from a fishing vessel named “Masjaree” on December 8.

Police have since searched multiple locations in the capital and seized a speedboat, two cars and a boat in connection with the crime. Police also specified that those arrested were involved in the fishing vessel operations, speedboat and car operations of the network.