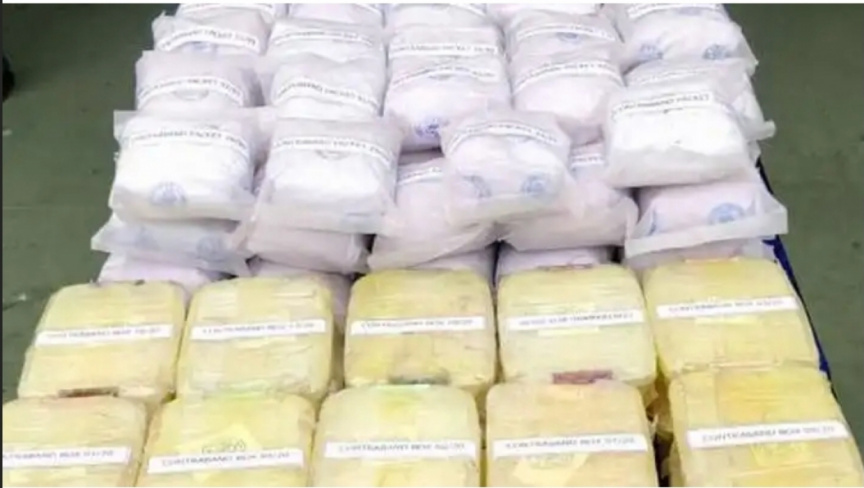 Indian authorities have arrested two Sri Lankan nationals, believed to be key operatives in an international drug trafficking syndicate that smuggles heroin into several Asian countries, including the Maldives.

According to Malhotra, the two fled Sri Lanka as the authorities there were closing in on them.  Nawas had an Interpol Red Notice against him by the Sri Lankan authorities.

The arrests come after the seizure of a Sri Lankan fishing vessel ‘Shenaya Duwa’ by NCB and Indian Coast Guard in Indian territorial waters near Tuticorin Port on November 26, 2020, along with 95.87 kg heroin and 18.32 kg methamphetamine, as well as pistols and magazines.

NCB arrested six Sri Lankan nationals in connection to the case, and found they belonged to an international trafficking syndicate based out Pakistan and Sri Lanka, links as far as Afghanistan, Iran, Maldives, and Australia. They also identified Mawas and Afnas as key operatives of the syndicate.

“Heroin from this region is usually loaded on to fishing vessels setting sail from the ports of Iran and Pakistan for mid-sea transfers to similar vessels of Sri Lanka and Maldives,” he said.

These mid-sea transfers occur in or very near the Indian territorial waters. “There is a big network of foreign entities controlling this lucrative trade. Reliable intelligence developed by the NCB and Indian agencies over a period of time indicates that Pakistani drug traffickers lodged in Sri Lankan prisons control this trade and source and deliver large quantities of heroin from the Golden Crescent to Sri Lankan and Maldivian entities,” said Malhotra.

He added that the NCB has noticed an increase in heroin trafficked into India via sea since security was strengthened between the borders India shares with Afghanistan and Pakistan.